Plumbers 2 You is your local team of 24/7  licensed plumbers. We offer a range of services from hot water installation to drain plumbing for residential and commercial properties in Sydney. Contact us today to get started with your plumbing problem right away!

Plumbers 2 You is a reliable 24 hours plumber fixing anything from hot water systems to blocked drains Our team is one of the most experienced and trusted in your locality. We provide services related to all kinds of plumbing emergencies or installations. Our team is fully licensed and provides the best local plumbing service. Whether it’s fixing blocked drain or toilet repairs. The jobs we do is fully insured and our Plumber Sydney team is certified to solve any leakage or drainage problem. Our team of licenced plumbers rectify problems with accuracy and get your repair done within no time.

Our plumbers are near you and can come to you immediately if there is a plumbing emergency. Your local plumber Sydney has over 20 years of total experience when it comes to providing plumbing services. Our team at Plumbers 2 You provides 24/7 plumbing services by licenced technicians near you. Finding the best emergency plumbing company in Sydney along with the top-notch services was a big deal until now!

Local plumber near you available 24 hours now! Do you have an emergency plumbing problem? Looking for plumbers servicing 24/7 or need a quick hot water solution? We’re aware that issues involving plumbing happen any time anywhere. They usually come as a shock when you least expect them. But the best Sydney’s plumber is here to help you with your: blocked drains, leaks, clogged toilets, commercial plumbing, and more.

The downtime brought on by a plumbing situation could be very dangerous to your kitchen or café. Leaking sinks, faucets, and hot water problems could be seen by clients and do not make a good impression. Especially, in busy areas like Sydney. Natural Gas leaks and burst pipes may cause main hazards and harm your corporation. Time spent worrying about these points is simply going to price your corporation extra, so rent considered one of our skilled plumbers to unravel the difficulty instantly. Our fully licensed plumbers are ready 24 hours a day to help you out of plumbing emergencies. Contact emergency plumbing services today!

Whether it’s blocked drains or clogged toilets, our plumbers have the know-how and tools to restore and set up any fixtures in your corporation in Sydney. Our team members are experts at putting in a number of sinks and natural gas home equipment for kitchens in addition to chilly storage areas for frozen items. We also specialize in hot water systems.

We have the strongest reputation when it comes to providing cost-effective plumbing service in Sydney. Are you looking for an affordable plumber with all the experiences required to get you out of plumbing issues? Top local plumbers in Sydney are here for you- Easy!

Well, our company brings you the ultimate strength and makes sure you never encounter another plumbing problem again. Blocked Drains? Our staffs are punctual and well equipped with the best technologies. We provide the best commercial and residential plumbing solutions Sydney wide.

How to find the best plumber in Sydney?

Finding the best plumber in Sydney is a big hassle. Especially, if your plumbing needs don’t warrant specialized plumbers, you can trust any plumber who promises to fix that and that today on Google that easy. If you are looking for a fully licensed & insured plumbing company that provides 7 days a week service then these are the ways you can find us. 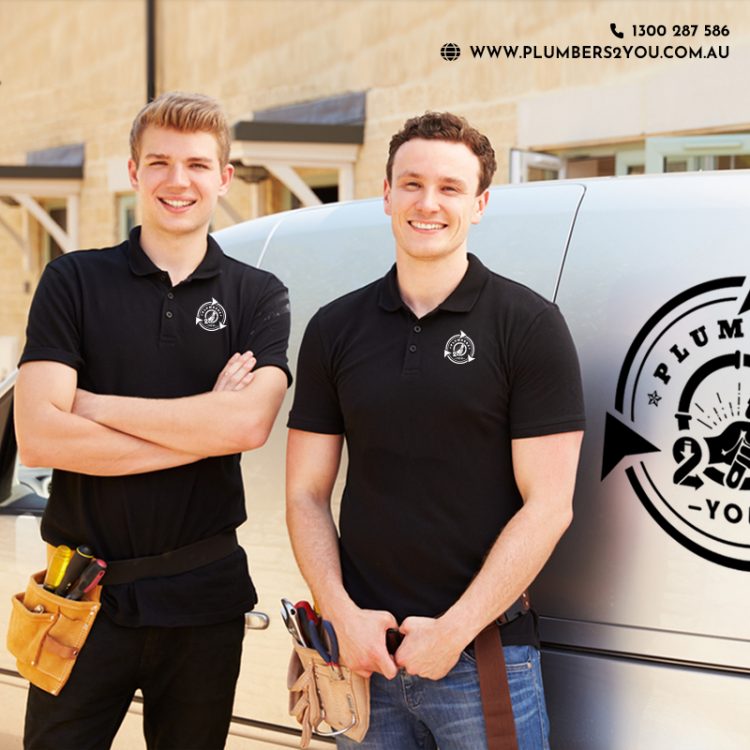 When you go for a cheap plumber, repairs are sometimes disturbing, and will find spending a lot of money instead. No matter the place in Sydney, we’re open 24 hours just for you. Affordable plumbing services in synonym to our name and we also offer you free quote plumbing*. All your plumbing needs covered. Just give us a call!

Being one of the best and reliable services is what everyone in our team embraces. That is why at Plumbers2You we take pride in every job we do. As professionals, we are committed to providing the great possible service and workmanship to all of our clients, at all times. We understand what your home means to you, and that when notably go wrong with your plumbing, all you need is a clean, honest, reliable plumber who can guarantee you fast service at the best price. We have recently provided services in the following areas; Plumber Inner West, Plumber Parramatta, Plumber Sydney CBD, Plumbing Services North Shore, etc.

We’ve been helping Sydney residents with their plumbing problems for over 20 years, and have thousands of satisfied customers. Check out our Facebook Page to see some of our work. So why settle for a mediocre Sydney plumber when you could have your local plumbing hero save you from that leaking tap, blocked drain, or broken hot water heater?

Looking for 24 hours plumber in Sydney? We get all things completed on time and clear up the workspace on the same day, thereby leaving your enterprise or house a lot better than it was. Plumbers 2 You have been Sydney’s emergency plumber for over 10 years. If you have a plumbing emergency call us now for an immediate response, day or night. We respond immediately. Simply- the best plumbers in Sydney.

Sydney Plumbing Services provided by us;

Sydney ( SID-nee; Dharug: Cadi) is the capital city of the allow of New South Wales and the most populous city in Australia and Oceania. Located upon Australia’s east coast, the metropolis surrounds Port Jackson and extends approximately 70 km (43.5 mi) on its periphery towards the Blue Mountains to the west, Hawkesbury to the north, the Royal National Park to the south and Macarthur to the south-west.

Sydney is made happening of 658 suburbs, spread across 33 local supervision areas. Informally there are at least 15 regions. Residents of the city are known as “Sydneysiders”. As of June 2019, Sydney’s estimated metropolitan population was 5,312,163, meaning the city is home to approximately 65% of the state’s population.

We are an Emergency Plumber Sydney Team that focuses on bringing you the best work possible. Hence, allowing you to have the best possible experience with your plumbing issues. Our work is fully insured and our Plumber team is certified to solve any leakage or drainage problem.

Plumbers 2 You provides a range of services to both our residential and commercial clients. We pride ourselves on establishing a close rapport with our clients on each and every job. As professionals, we are committed to providing the best possible service and workmanship to all of our clients, at all times.

We understand what your home means to you, and that when things go wrong with your plumbing, all you need is a clean, honest, reliable plumber who can guarantee you fast service at a good price.

So why settle for a mediocre Sydney plumber when you could have your local plumbing hero save you from that leaking tap, blocked drain, or broken hot water heater?  Check out our YouTube Channel 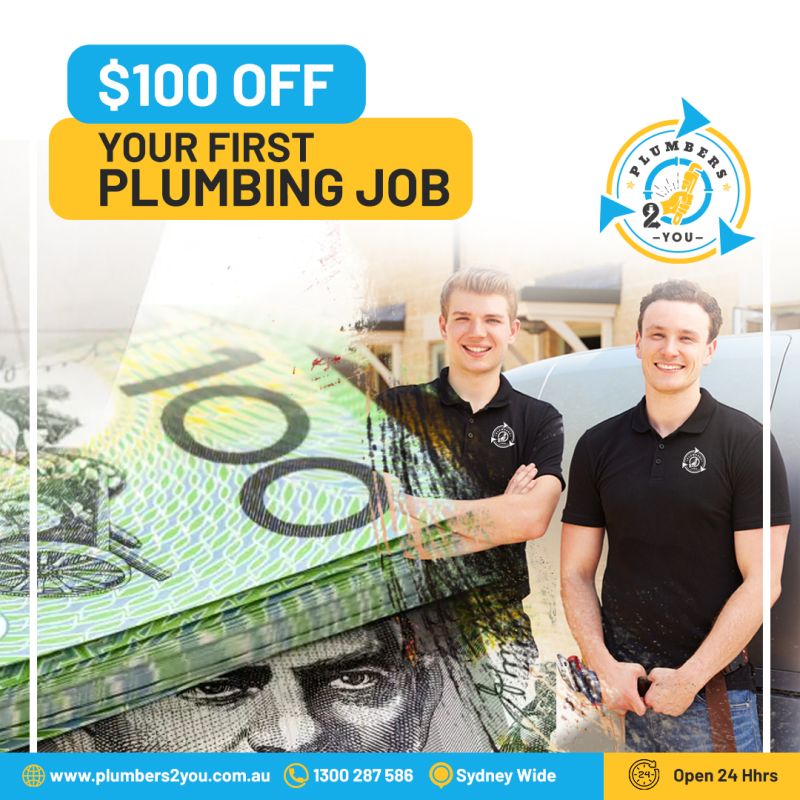 Here are some of the queries that we commonly answer as a Sydney plumbing company.

Plumbers charge different prices with some being cheaper than others. However, plumbing isn’t something you want to take any risks with as a simple mistake can cost thousands to repair correctly. Contact us for affordable and reliable plumbing services in Sydney.

Yes! In residential, commercial, and corporate properties in Sydney, we are available after-hours for plumbing problems.

We are looking for a qualified plumber in Sydney. We provide 24 hours of plumbing services and we also have a weekend rooster on a rotating basis. Have you got your plumbing qualifications and experience ready? We are actively seeking professionals who can give value to our residential and commercial plumbing clients. Please email us here if you wish to apply. -Plumbers 2  You